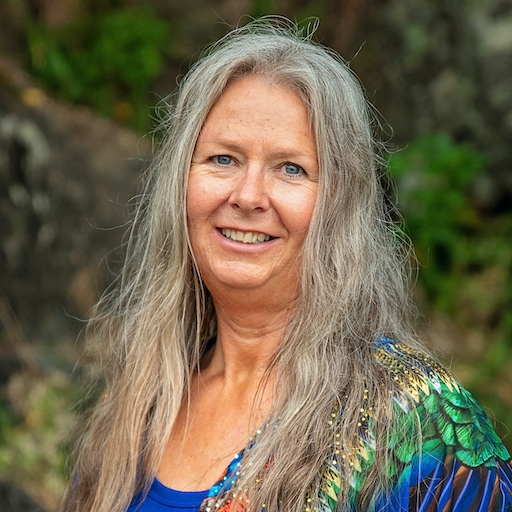 Join me in my Mighty Network

Hello there - Life has been a roller coaster ride, however more downs than ups until about 10 years ago!

Born the first of eventually 5 children to hard working parents who were dairy farmers.  Abused between the age 2-5yrs and carried that secret, trauma + distress with me into my mid 30's.  Bullied at school, carried the guilt of failure of keeping a younger sister safe from bullies when she suffered a traumatic accident which required her to spend weeks in hospital with harsh nurses, separated from the love and support of family were some early traumas I experienced and had no support, understanding or help to process what had happened, my emotions, feelings and the physical harm that had been done, a cycling accident that left me fighting a lawyer to own up and pay up to the damage he had created due to his negligence, then dysfunctional and toxic relationships plagued me for decades, until I discovered some key tips to transform them too.

Having a nursing background I had mental/intellectual understandings of what was happening but did not know how to address the darkness I so often felt, the tsunami of  grief, sadness, fears, anger and overwhelm that used to come over me, seemingly out of nowhere.

I became interested in tissue salts, essential oils and flower essences - feeling a deep draw to natural solutions and knowing my grandparents used as many natural remedies as possible for their well-being.

This interest led me by default to heal from depression - in just 5 short weeks I felt better than I had for many years, and more so from the time I had been on anti-depressant medications.  This helped me realise I COULD be happy, that I had options.

In 2015 I walked a 1/2 marathon as a celebration of being symptom free from auto-immune symptoms, transforming + healing my dysfunctional and toxic marriage.

I still occasionally get overwhelmed, and notice old patterns running in the background, however they do not control my life and I am delighted to feel more content, safe, happy and fulfilled than I ever believed possible.

Why You Should Join Me

I have walked the path from victim to victor, from trauma to transformed and discovered many challenges, moments to celebrate and shortcuts without the need for medical intevention.

You matter and having someone to help you cement this in and experience it on the level that is required for you to heal, to understand + overcome your adversities + live the life you have always dreamed of. will fast-track the process and enable the process to anchor in and last.

I do not have ALL the answers, however I have great options + confidence in modalities I use, in the support network I have built as I have sought help for myself, in the remedies, tips, tools and strategies I have used over the years for myself and my clients that I know if I cannot help you to complete your journey, I can certainly get you started and well on the way.

I have options/suggestions of things you can try after our time together comes to a close, or you require more than I have to share.....AND we have fun together as we head out on the adventure of your healing, transformation and discovery of what is possible for you - learning your potential.  I can guarantee I will be your biggest cheerleader as you navigate the path ahead.

Heartfelt appreciation for your trust, but above all your investment in yourself.  I understand it can be very unsettling, scary even, to open up and explore something you have only dreamed of.

Maybe you have been told you cannot succeed, you cannot have great relationships, you cannot have fantastic, vibrant health + energy - with your help and the help of others in this community we can stand up and be the leaders we are here to be, the way-showers, showing others how simple and easy this journey can be, + have fun transforming.

That moment came for me when I read the words, “If you keep doing the same thing you will keep getting the same results!”   Sitting in the Dr surgery awaiting a repeat for antidepressants and in that instance I knew that there was something I was doing, thinking, living that was not contributing to who I really way, because lets face it, if I was I would be happy, content, joy filled instead of feeling desolate, miserable and questioning why I should still be alive.

So, who was I?  I had no idea, I was 30 and these programs were entrenched in my very cells, so I set out to discover just who I was – even though I was convinced that who I discovered would be as awful as I had been led to believe I was – I was a failure..... that was then - now I have a deeper sense of who I am, I am doing everything so different, still have the same wonderful people in my life and our relationships are enriched, and co-creative.  Life IS worth living

Keep Up With Conflict 2 Connection On The Go

Conflict 2 Connection is powered by Mighty Networks
Phone numbers from outside the United States may need to use a prefix (e.g. +44 XX XXXX XXXX). Available on iOS and Android. This site is protected by reCAPTCHA and the Google Privacy Policy and Terms of Service apply.